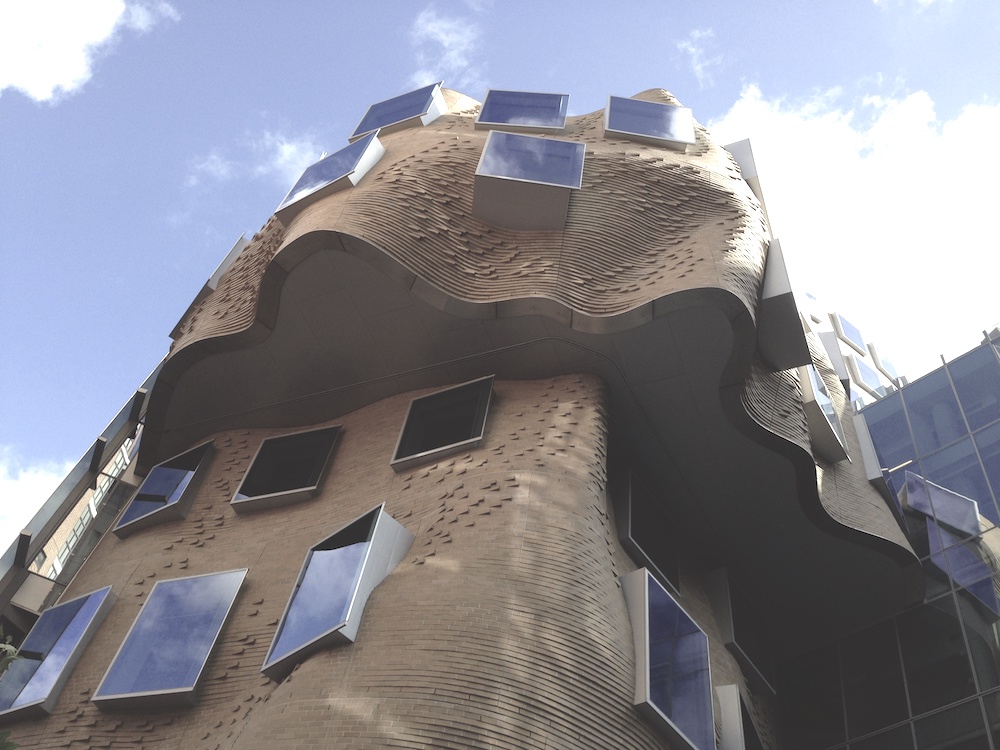 Only carefully considered bespoke building access solutions could provide the necessary functionality for the continued upkeep of this new Frank Gehry icon.

The Dr Chau Chak Wing Building is the first building in Australia designed by internationally renowned architect, Frank Gehry, and is a flagship project of University of Technology Sydney’s City Campus plan.

It provides teaching, learning, research and office accommodation for the Business School, as well as extensive public spaces, across 11 occupied floors. It is available to all students but has a focus on postgraduate and executive education and on bringing UTS researchers together. Gehry is best known for buildings with fluid shapes, including the Walt Disney Concert Hall and the Guggenheim Bilbao, but he has described this project as unique. He said during the opening ceremony ‘I won’t do this building anywhere else.’ 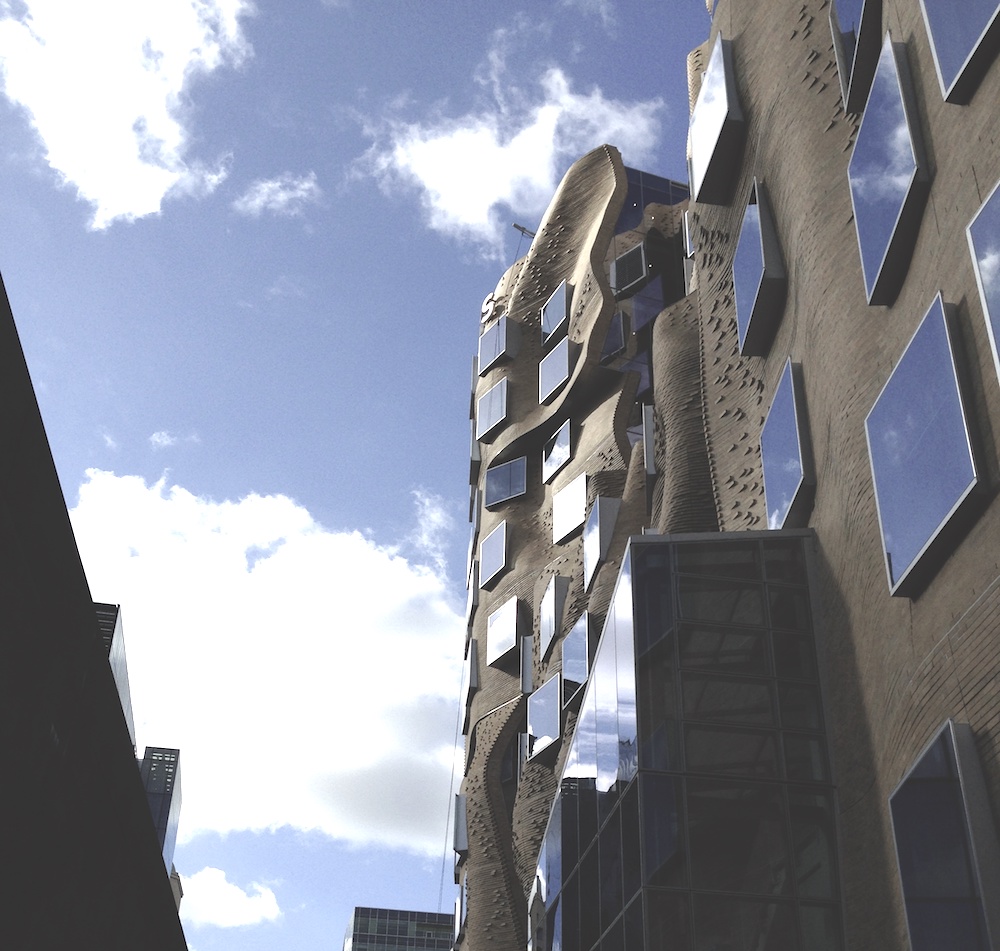 That isn’t just talk, and the remarkable building clearly represents a singular social and aesthetic vision for how the built environment can both embody the history of the area whilst looking to the future, as well as shaping the learning experience of all the people who will inhabit it. Two distinct facades provide two different aspects and ‘personalities’: one composed of undulating brickwork, referencing the dignified sandstone of Sydney’s urban heritage, and the other a glass shard ‘curtain wall’ that mirrors fragments of the building’s contemporary city surrounds.

The east-facing brick facade has a form that curves and folds like soft fabric. Approximately 320,000 bricks were custom made and each one was painstakingly laid by hand. Set in horizontal courses, the bricks step or jut out to create the intricate curves and folds. Achieving the ‘fluid’ appearance of the brickwork was a technical feat that involved corbelling (stepping) individual bricks to articulate the building’s organic shape. The shape of the bricks and the groove in the middle also differ from standard bricks, with the majority of them joined by brick ties to the structural substrate panels beneath for reinforcement. The rough texture of the surface is conceived to emphasise the mass of the material, while large windows punctuate and balance the impression of weight. The west-facing facade is made up of large glass shards which are slightly reflective in order to fracture and mirror the image of the surrounding buildings of the neighbourhood. 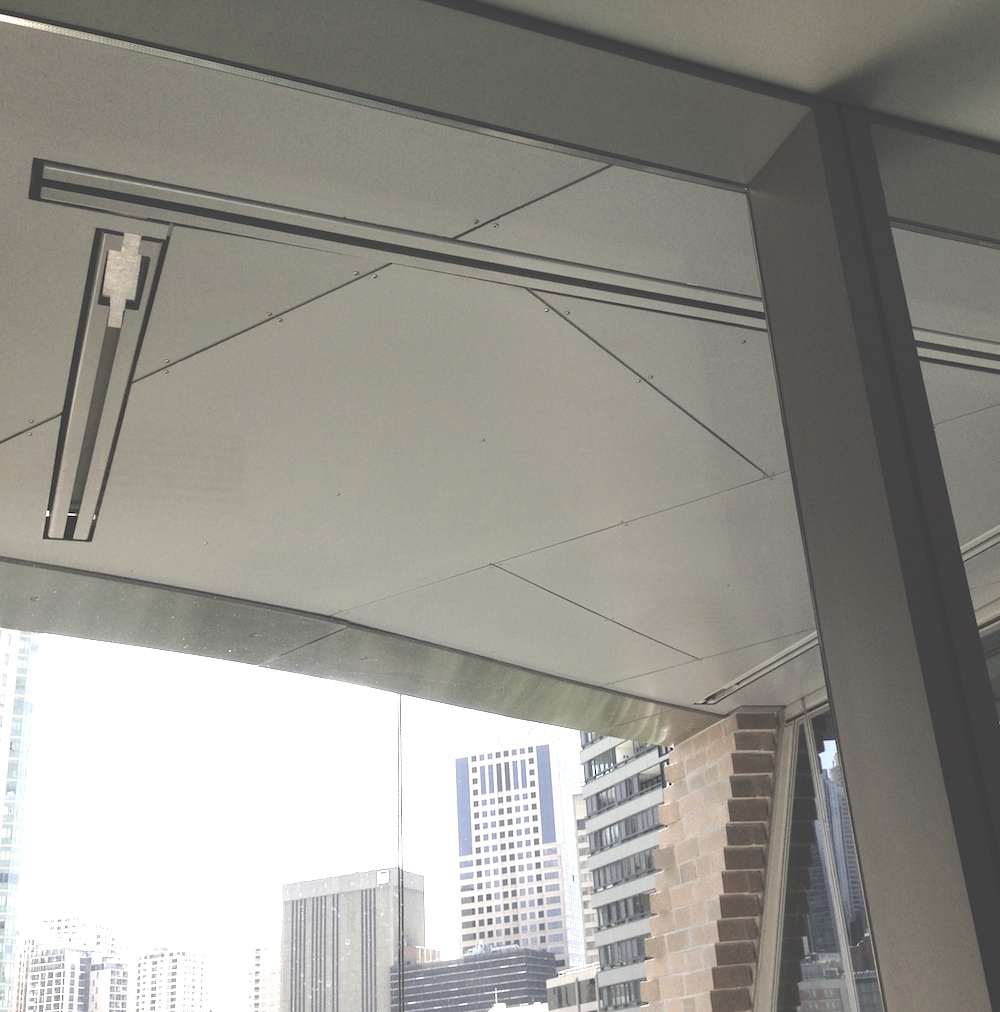 Located in the City Campus’s Haymarket precinct, the building is a landmark along the ‘cultural ribbon’ that extends from the Sydney Opera House down to UTS, taking in Darling Harbour and The Goods Line development. It looks set to become almost instantly iconic and a key part of Sydney’s cultural heritage. Such a singular architectural vision presented a challenging brief to provide building access solutions that would provide effective, practical access to the facade, in particular the undulating brick exteriors, whilst not imposing on the visionary building design. As building access specialists, Manntech were able to rise to the challenge with a discreet monorail system which is seamlessly integrated into the soffits of the stepped-out facade sections. This is complemented by a similarly discreet bespoke design davit and rope access systems, fall restraint lifelines and anchors. Only carefully considered bespoke building access solutions could provide the necessary functionality for the continued upkeep of this new icon while remaining sympathetic to the inspired vision of the architect.