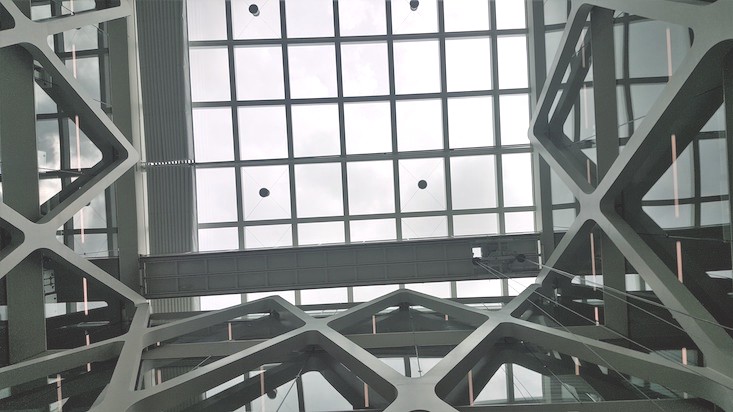 Founded in 1953 as innovators of German engineered facade access solutions, Manntech has been at the heart of contemporary European architecture every step of the way.

Due to its long established building legacy and compact cities, the modern era of tall building construction got off to a slower start in Europe than in other parts of the world, notably North America.

However, a report by the Council on Tall Buildings and Urban Habitat highlights that several European cities led a trend for taller, more imaginative modern building projects. This included Paris, London, Frankfurt and Rotterdam, which they consider ‘perhaps the quintessential European skyscraper city.’ They note that the effect of any new construction should be carefully assessed, especially in established and historic urban centres such as those found in many European cities. Because of these conditions, the report concludes, European buildings have developed along their own trajectory, with diverse models of development and thoughtful integration of old and new.

Founded in 1953 as innovators of German engineered facade access solutions, Manntech has been at the heart of these developments and innovations in contemporary European architecture every step of the way.

This development is a prime example of the synthesis of old and new in European building design. A hub for passenger ships bound for America during the 19th and 20th century, the pier became a symbol of emigration to the United States. Architects Van Dongen Koschuch designed two apartment buildings within this historic area, which has seen a period of rapid high-rise development. The two 70 metre tall towers provide a total of 220 homes. A green roof provides a scenic link between the two towers where communal facilities such as a clubhouse and a panoramic terrace tie the development together. 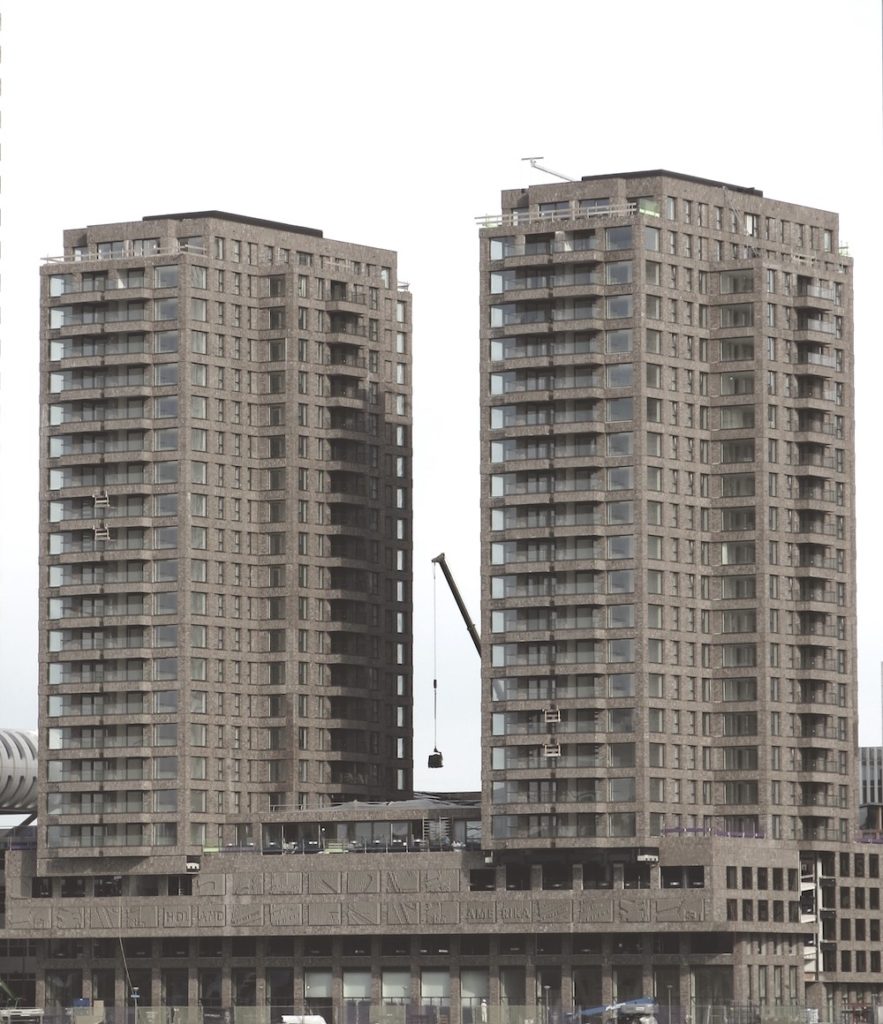 One of the key requirements for facade access was the need for it to blend with the carefully considered design aesthetic. This challenge was met with the design of two very low profile BMUs which are hidden from view in parked position.

An example of a more imposing European development, the twin towers of this office complex stand amongst the tallest in Munich at 126 metres and 113 metres respectively. They are linked by two sky bridges made of steel and glass with the sloping roofs of the towers forming a continuous line across the two buildings.

Again, concealment of the Building Maintenance Units to preserve the design integrity was a key factor and was achieved using the architecture of the building and its features. However the project also required a considerable range of machine movement and outreach. The BMU for the taller tower features a double telescopic jib and telescoping mast. With a maximum reach of 19 metres it retracts to just 7 metres in its parked position where it is almost entirely hidden from view by the lift motor room. Similarly, the BMU on the roof of the smaller tower is parked out of sight under the lift motor room. It also features a double telescopic jib with a maximum outreach of 16.3 metres and provides luffing in order to access the roof of the motor room above the unit.

Another example of old meeting new in a historic European city, this government building was designed to integrate sympathetically with the surrounding environment, whilst also providing the benefits of a modern building with good working conditions. The building features rounded corners and an unusual double facade with a curtain wall of curved glass slats while a large central glass atrium serves as a natural gathering place.

This design presented a number of challenges only a customised access solution could meet. For the outside of the building, a Building Maintenance Unit on a free laid track system was specially designed to reach every surface. For the inside of the building and the atrium, a special gantry was developed with a hanging, removable platform which can traverse and slew to reach all interior facades of the atrium.

For over 60 years Manntech has been delivering building access systems to meet the varied and complex needs of unique European building developments, ensuring the new landmarks rising up among the old are maintained in pristine condition for years to come.